Is Xylitol the New Fluoride?

Xylitol is a naturally-occuring substance found in many fruits and vegetables, mostly in berries, oats and mushrooms.  It is a sugar and has a similar sweetness to sucrose, with almost half the calories, and DOES NOT CAUSE DENTAL DECAY.

Before a cavity forms in a tooth, the surface of the tooth gets  demineralised, losing calcium and phosphate molecules, xylitol penetrates into this area of enamel and promotes remineralisation, thus repairing the tooth surface before a cavity develops.

Due to its very broad and effective action against major decay-causing factors, xylitol has been described as a ‘magic bullet’ against dental decay, just as important, if not more important, than fluoride.  The issue with fluoride is making sure your child is getting the correct amount: enough to help protect the teeth and not too much to cause fluorosis.  Xylitol doesn’t have this problem as higher than normal levels don’t have any adverse effects on the tooth surfaces.

Xylitol has been incorporated into chewing gum(Wrigglies Extra Professional and Recaldent), and toothpastes ‘Little Kids’ for under-5 year olds and ‘Fresh’ for teenagers and adults.

“Since the evidence suggests a strong caries protective effect for xylitol, it would be unethical to deprive subjects of its potential benefits”

“Xylitol has a clear advantage over sorbitol and other sweetners.  It is the only one to show both passive and active anti-caries effects.  Its value for caries prevention is considerable.

“Xylitol may be the biggest advance against cavities since (the discovery of) fluoride”. 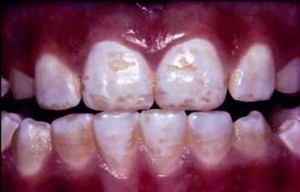 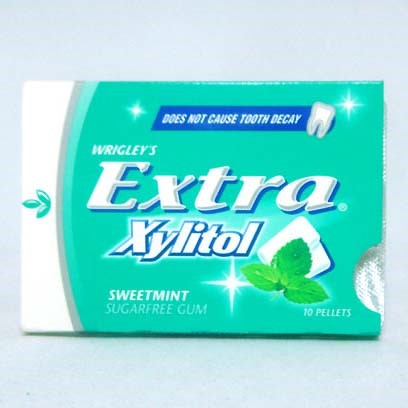